The Falling into Place Series was created for the group exhibition in 2016 titled Seven Printmakers Respond to Place at Heathcote Gallery Applecross Western Australia, curated by Jana Braddock.  The following images are part of Shana’s exhibition Curiouser and Curiouser the entire series can be viewed online with prices and purchased through STALA CONTEMPORARY 13 Cleaver Street West Perth (please click to go to the website) 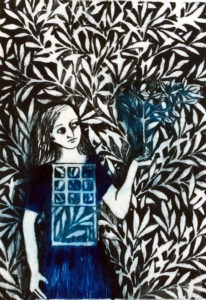 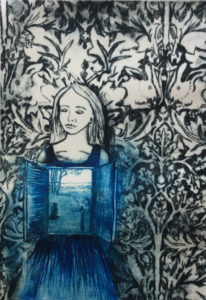 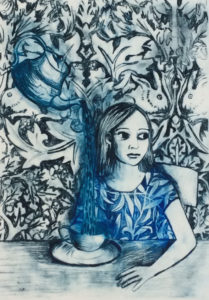 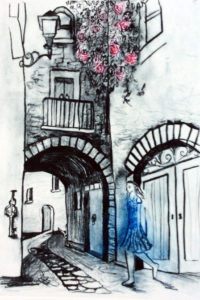 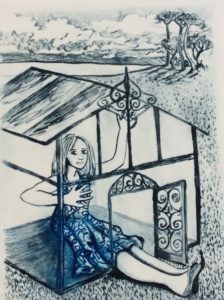 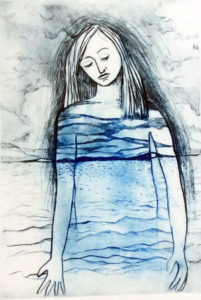 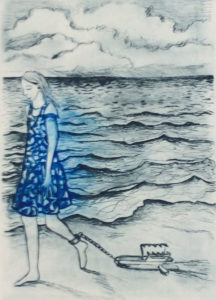 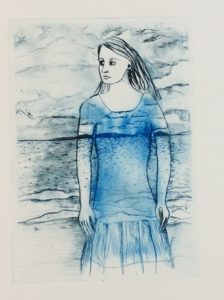 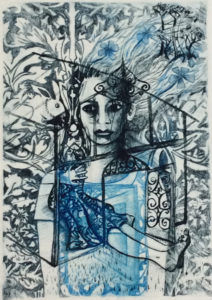 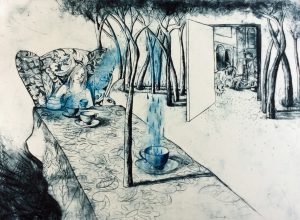 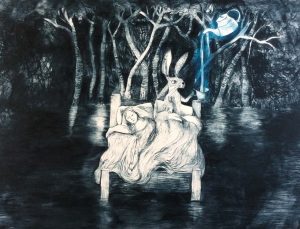 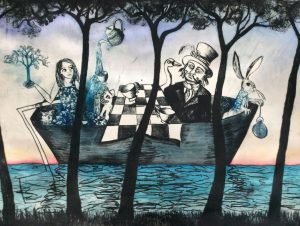 The Falling into Place Series was created for the group exhibition in 2016 titled Seven Printmakers Respond to Place exhibited at Heathcote Gallery Applecross and curated by Jana Braddock. Each of the seven artists presented their own investigation into the concept of place. Shana continued to work on Alice in Wonderland imagery as a metaphor for her ideas.

Exploring the notion of what it means to be in a good place, Shana investigated aspects of the story which were psychologically interesting to her. Windows and doorways became important as she explored the part of the story where Alice wants to get into the beautiful garden but is too big to fit through the door, later when she is the right size she has left the key on the table and still cannot get in. In one work she puts the doorway inside Alice, now the garden is inside her, easily accessed and a place of being, rather than a physical place. The following is an excerpt from the catalogue essay of the exhibition written by artist Harvey Mullen.

Using Alice in Wonderland as a point of departure for her own creative musings, Shana navigates the metaphorical landscape of Carroll’s imagination. Elements from the story combine with the fabric of her life to create a poetic vision of this fantastic place. Questions of identity, childhood innocence, angst and absurdity surface in these psychologically charged prints.

Each of the pieces from this series is editioned by the artist, hand printed on 100% archival cotton paper.