STEAM has been the buzz word in primary schools lately. Recently I wrote and implemented a STEAM project in four primary schools in the City of Kwinana in Perth, Western Australia.

When Artif Satar the Arts officer at the City of Kwinana contacted me I had only heard of STEAM which stands for Science, Technologogy, Environment Art and Mathematics and I wondered how I would get all of that into one project. I should explain here my background is in art rather than teaching. However being an artist who needs to pay the bills I have done a lot of teaching, mostly to adults and occasionally to kids. Actually, I really enjoy inventing cross curricular art projects, because its creative, and its something that comes easily for me. When I had my first meeting with Arif I had three ideas which we could persue after some discussion we decided on this one. “Environmental Histories a STEAM project”

Practical visual art is such a naturally interdisipliary field that even a pure art lesson will have aspects of other subjects that it  reinforces. This is something that many school principals and teachers do not seem to realise.

We all know that sitting behind a desk all day, writting things down and answering questions is not the best way to learn for many students. However with the tight curriculum, many teachers find this the best way to get through it all and keep control of kids. I don’t want to criticise teachers here, they are encapsulated in what I think is a bad system, and there is a lot of presure on outcomes.  I think its time for the pendulum to swing back! When process is good, a good outcome becomes the byproduct of that process. Experiential, experimental, play based learning is a must if we are going to re-engage the disengaged kids, and create children who can deal with change, be resiliant when things go wrong. We need to give children an education rather than a series of hoops to jump through, that tick boxes. 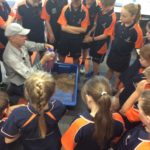 The simple fact is that you learn better when you are  happy, engaged and engrossed in a project.

In this project we had four guest speakers from the council give a twenty minute presentation once a week for 4 weeks covering: wetlands, bush care, coast care and waste. Each of these people did a practical demonstation or experiment. I was really surprised how even the most basic demonstration elicited so much enthusiasm from the kids. In the recap the following week they remembered the key points because they had seen it happen in the physical world in front of them rather than on a screen.

Not that I’m anti-technology, I also showed them this video of my work, followed by a discussion of the topic “What makes a book a book?”

I also showed them images of books made by contempory artists where the link was tenuous, and this promoted passionate discussion. Where each comment had to be back up with a reason why they felt that way. 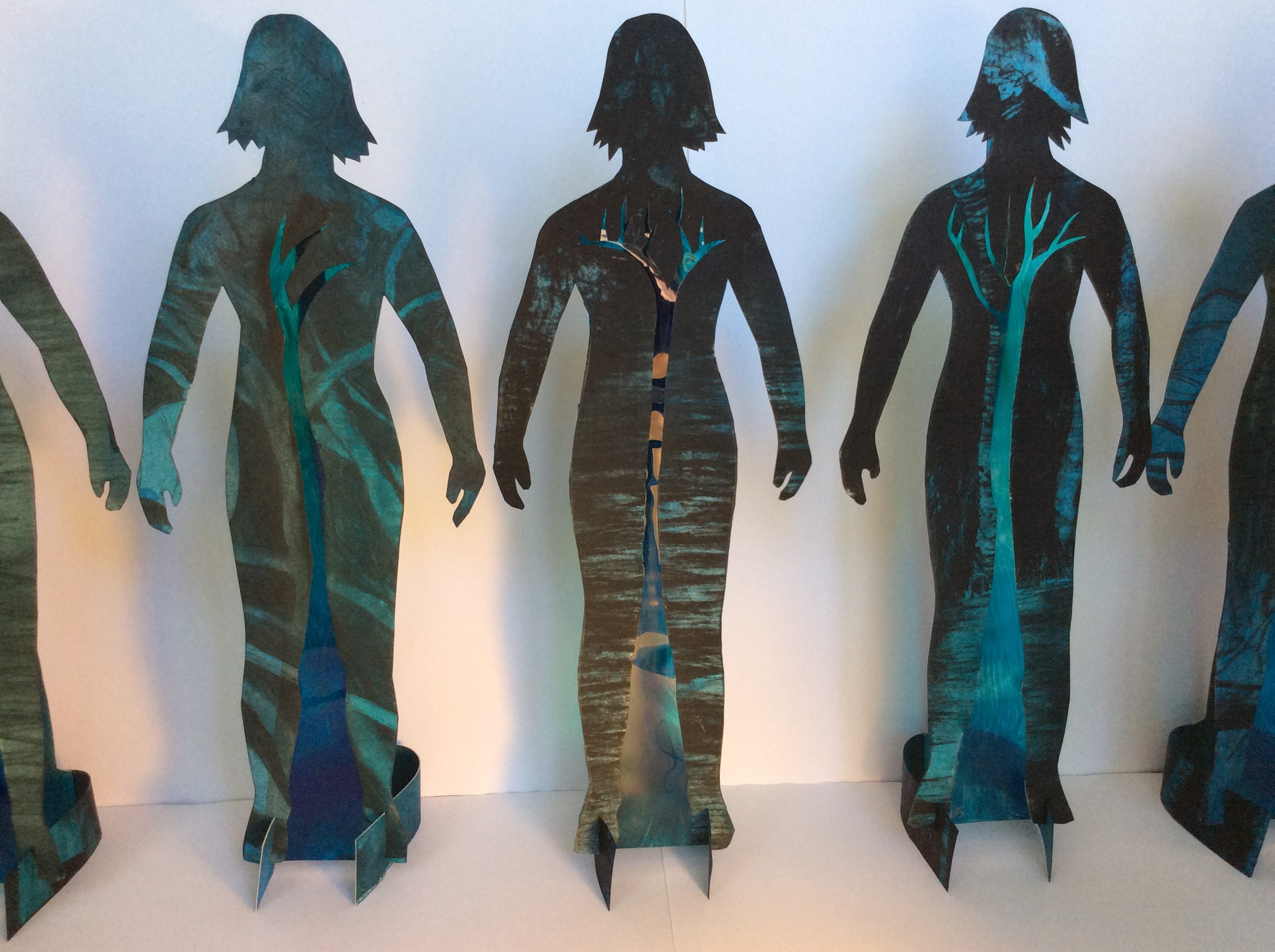 When it came to making their book, I had the paper cut size but they had to measure a line 4cm in and fold on the line, this created the tab that joined each of the three double pages together. Resulting in a six page concertina book with covers. This was the only bit of maths for the project, but I was surprised to find many children struggled with it. One embarrassed teacher said to me, “I can’t believe they are having trouble with this, they did a worksheet on measurement last week.” She shouldn’t have been embarassed, many less academic children who learn something without a practical application forget it soon after – even those who get it right on the day! Once the students realised the importance of getting the measurement right for the overall book the less able students were more motivated to perservere. This is another advantage to structured project based learning; you must finish each step to move to the next. Where as an unfinished worksheet, means nothing to a disengaged child.

A project like this is not finished in an afternoon. We asked the 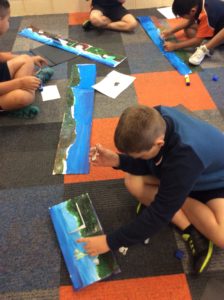 class teachers to do a preparitary lesson where the students researched a native animal to be the main character in their book. Then we did four 1.5 hour contact lessons in each of the four schools. This included the twenty minute talk by the guest speaker and basically an hour of practical work, the class teachers then were required to follow up this lesson with more time, for the less specialised aspects of the program. So in the end it was 9 or 10 lessons over 4 weeks. I would have liked to have had a 5th lesson with the kids but budget didn’t allow so I had to let go and let the class teachers take over : ) This is my other difficulty with art in schools, I have several friends who are primary art specialists and the time allocated to them is just way too short (some just forty minutes). If the rest of the curriculum doesn’t allow for more lesson time it would be better to run the class less often for a more extended time  (say 80 minutes half as often). So much time is wasted in set up and pack up for these short lessons; it is a really inefficent use of the time and frustrating for the children who have no continuity of flow.

This was a very structured project. But it was not prescriptive. Children chose whatever native animal or insect they liked to research. They chose and mixed their own colours from a limited range. They designed the images to be the way they wanted them to be. Some children struggled with this freedom. Asking “what do I do here?” And I replied you could do it this way… or this way… or this way… or maybe you have a better way. The term problem solving is talked of so often it has become a cliche. Not only does the child get the practical outcome of problem solving, but they have autonomy and agency with the project. It gives them confidence and skills that can be applied to other areas of life.